MY SEXUALITY STORY: PURITY, IMPURITY AND PURSUIT OF PURITY 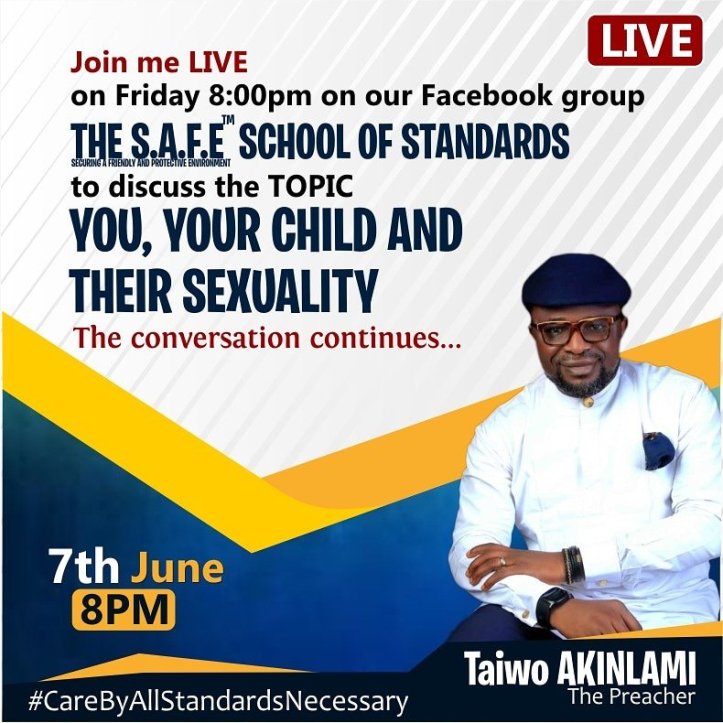 My sexuality was stolen and redirected at the age of 6. It was stolen as it was not in control of it to use for my benefits and that of those around me. It was redirected as the purpose for which God blessed me with my sexuality was perverted. If childhood was synonymous with innocence, I, never knew INNOCENCE.

Yet in my seemingly insurmountable state I began my Journey to PURITY in 1997, 9 years before I got married and 13 years since I have been married and I have a new story to share. A story of FIDELITY first to myself for 9 years and second to the wife of my youth for 13 years…It is a story of PURSUIT of PURITY and it is repeatable.

Join me TODAY, Friday, June 7, 2019 at 8.00PM by joining our group on Facebook through this link https://www.facebook.com/groups/576030869535441 to be part of the conversation we began last week, YOU, YOUR CHILD and THEIR SEXUALITY. See you in class dear STANDARDS BEARER..