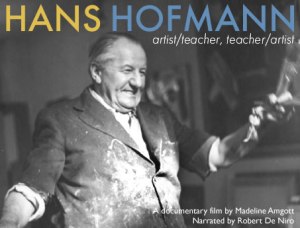 Dear Great souls, sure you had time to rest and reflect on your roles in the lives of the children under your care. I did not plan to do this. I was going to continue with the series on the attributes of the child-friendly workplace as I promised, before I was arrested from my sleep by an inspiration to do this.  So here I am.

As the school resumes today, I will like to share with you few but cogent lessons from the life of a man who has been described as ‘master painter and pioneering educator who influenced generations.’

Hofmann was born Johann Georg Hofmann in Weissenberg, in the Bavarian state of Germany in 1880 and raised and educated in Munich. After initial studies in science and mathematics, he began studying art in 1898. In 1915, Hofmann opened an innovative school for art in Munich, where he transmitted what he had learned from the avant-garde in Paris. The school’s reputation spread internationally, especially after the war, attracting students from Europe and the United States, thus beginning what was to be almost a lifetime of teaching for Hofmann.

At the invitation of Worth Ryder, one of his former students, Hofmann went to the University of California, Berkeley, to teach in the summer of 1930. Because of the deteriorating circumstances in pre-war Germany, Hofmann made the decision to remain in the United States permanently (his wife, Maria, would join him in 1939). In 1932 he settled in New York where he again taught art, first at The Art Students League, then, a year later, at his own school. By 1960 noted art historian Clement Greenberg called Hofmann “in all probability the most important art teacher of our time.” His school would remain a vital presence in the New York art world until 1958 when the seventy-eight year old Hofmann decided to devote himself full-time to painting.

As I studied the life and times of Hofmann, I did not only draw inspirations, I drew lessons, which I think I should share with you to keep in mind as the school resumes today. It is my firm faith that if you are able to keep these lessons in mind, you will cause a revolution in your personal lives and in the lives of your pupils.

The first lesson, I drew was that Hans Hofmann dedicated himself to a cause he was passionate about. Hofmann was passionate about two things. He was passionate about art and the dissemination of the knowledge of the art. He did not struggle. His meat was to do and teach art. As I studied him I found that his passion was his number one secret of greatness. Hofmann said, ‘only with a very clear mind on a clear day I can paint without interruptions and without food because my disposition is like that…Art is something absolute, something positive, which gives power just as food gives power.
While creative science is a mental food, art is the satisfaction of the soul.’

Flowing from what I gleaned, studying the life of Hans Hofmann, permit me to share few words on the subject of passion. Passion is first of all a force. It is a magnetic force, which travels at the speed of light to hold captive the objects, which are exposed to it. For the teacher, passion is the primary force with which knowledge is transferred. I must however caution that passion is meaningless until selfless love becomes its driving force or engine room. Vision is the end, which passion, driven by love sees and mission is the compass, which show the way to the end. Core values are the inevitable features of the disciplined life of the passionate.

I drew another lesson from the life of Hofmann, which has also occurred to me in the study of other great minds. I found that genuine impact, which is the key to lasting significance, does not begin with a vision. It begins with the discovery of passion.

Hofmann’s life taught that helping pupils to discover their originality, the original intention of their creator for their creation is the primary duty of a teacher. Hofmann said, ‘as a teacher I approach my students purely with the human desire to free them from all scholarly inhibitions, and I tell them, “Painters must speak through paint — not through words.” Hofmann understood perfectly that once a man cannot discover, understand and assert his originality, he has lost touch with his destiny. If a man loses touch with his destiny, he surely cannot help others to find theirs. You cannot give what you do not have.

Needless to say that Hofmann, having discovered his originality helped his students to find theirs. May I quickly submit that a man, who has enjoyed the fruits of his originality, which is the original intention of his Creator for his creation, will lead others to find same. When you find teachers, who are not desirous of helping their pupils to find their originality, it is because they have not found theirs. It was recorded that ‘Hofmann was recognized for helping students find their own distinctive ways to practice art. He never insisted that they become abstract artists; in fact, most of his students never saw his own paintings until after he had retired from teaching. Instead, he encouraged them to frequent museums and galleries, often exposing them to new styles of art.’ Dr. Michele Borba said, ‘education is less about how much the teacher covers than about what students can be helped to discover.’

What then is teaching? Teaching is life and it gives life. How do I know that teaching is life and it gives life? The holy Writ says, ‘he will die for lack of instruction.’ It means death comes where there is no instruction. Now, we all know that instruction does not come except through an instructor. As a matter of fact, if you cannot tract your instructor, your instruction has no credibility. At best, it will be tagged hallucination by your observers. I hope we also know that the seriousness or otherwise attached to any instruction is determined by the character of the instructor.

The teacher is a life giver. He does not teach because of what he can get. He teaches because of what he can give. His marching order is ever before him, ‘the world is a marketplace; sacrifices are its rewards.’ Hofmann started his first art school during the First World War. It was a time a time when starting a school appeared to be the wrong step to take. He did. He was at that time suffering from respiratory ailment. He refused to the deterred by the unfavourable voices of circumstances and his state of health. He made a commitment to transfer his knowledge and philosophy of art to another generation at a time when it was not convenient for him to do so.  His daring attempt paid off hugely.

He gave his life to his students. He prepared them for their destiny and it was recorded that he did not lose touch with his students. It was written as the legacy of  Hofmann as follows, ‘in addition to his paintings, Hofmann’s continuing legacy includes not only those students who became accomplished artists, but also those who became teachers and mentors themselves, spreading Hofmann’s influence far beyond even the large numbers he taught.’

Another lesson from Hofmann’s life is that teacher’s real subject is his philosophy of life. His area of academic specialisation and the subject he is assigned to teach is a medium through which he expresses his philosophy.  The teacher has nothing to teach, who does not have a philosophy of life by which he lives by example with the scars and fruits thereof. Hofmann won his students to his philosophy as a way of expressing their own originality. It is a difficult task to teach your pupils, your philosophy of life, while insisting on their originality. Hofmann did it. He did not win them by coercion neither by influence. He saw his influence as an opportunity to inspire the students. Influence is very easy to acquire over a person. It often comes by position. Inspiration is a product of genuine commitment and joyful service. Inspiration does not come except by sacrifice. It comes by example. It produces thorough and lasting obedience in a child.

Hofmann was focused. He said, ‘the ability to simplify means to eliminate the unnecessary so that the necessary may speak.’ He was an incurable optimist. He said, ‘I can’t understand how anyone is able to paint without optimism. Despite the general pessimistic attitude in the world today, I am nothing but an optimist.’ His example inspired his students unto greatness, many of who defined the next level of relevance of the art world in their own time.

In conclusion, I must answer the question why must have been playing in your mind as you read this piece and which I believe is justifiably so. How does a teacher sustain himself? I mean how does a teacher meet his daily needs? Good question! The sustainability of the teacher is a natural consequence of his commitment. There is an inbuilt mechanism in the calling of a teacher for outstanding rewards, which is only triggered by faithfulness of the teacher to the cause of the child. For every child a teacher truly blesses, he buys shares in the destiny of the child. It simply means anytime the child is blessed as a result of what he leant from the teacher, the teacher is automatically blessed. It also means, when the people that the child teaches are blessed, the source, the teacher also has rewards. I do not know how best to explain the blessing of the teacher’s faithfulness. Yes, I just found a phrase for it. I think I should call it ‘multi-level blessings.’ It also spreads from generation to generation. It is I have never seen a sure investment like sowing seeds into the lives of children.

It is interesting to note that the next level and the most significant life of Hofmann began in 1930, when his former student, Worth Ryder invited Hofmann to teach a summer session at the University of California at Berkeley where he was the chairman of the Department of Art. That invitation brought him to America, where he lived for the rest of his live and found the highest level of fulfilment as an artist and teacher. It is my subjective opinion that if his former student had not invited him to America at the time he did, Hofmann might not have found his highest level of relevance in his later years. Hofmann’s life tells me that teaching is not a thankless commitment after all.

Do have a fruitful time of impact. I urge you friends, Think the Child, Think Today, Think the Future.  Do have an INSPIRED Day.